Icing on the cake Customer Service

I found this on Multifamily Insiders and really liked it.  Had to share it. . . .

Share
I am one of those people that are constantly critiquing customer service wherever I go. I think because I know how important it is in our industry and I am always curious how people outside our industry handle certain situations. I have to admit that for the longest time when I encountered a young Gen "Y" employee and received "undesirable" customer service, I chalked it up to that generation. But just last week, I was pleasantly surprised at the "over and beyond" service I received. I was on a mad search for some ant cupcake toppers that I had seen at one of the grocery stores here. I could not remember which one so I started at the one I most shop at. The young girl working the bakery counter looked at me as though I had two heads as she told me "no, we’ve never had any of those".

I drove to the same chain of the first grocery store that is located by the post office, since I stop there quite often thinking I might have seen them there. Again, behind the bakery counter was a young guy, who could not have been older than seventeen. My immediate thought was that this was a total waste of my time. I told him what I was looking for and he knew immediately what I was talking about. He explained that they recently had run a promotion of a cake in the shape of a watermelon and the ant toppers were spread all over the cake. Unfortunately, they did not have any left. He began to call the other stores to check on their ant availability - no luck. I thanked him for his time and was about to leave when he offered to order me some from their cake supplier. I agreed and gave him my follow up information and left the store. The next day, I received a call from the bakery dude telling me that he stopped off at one of the stores located in Bargersville on his way home the day before, and not only did they have my ant cake toppers, but he brought them back with him and I could pick them up at any time! WOW! He went "over and beyond" for me and I was floored! I made sure to speak with his manager and brag on him for his gracious behavior!

My ant cake toppers are great and besides the excellent customer service experience, they were FREE because the promotion was over!
at August 07, 2010

3 Habits of Highly Memorable Leasing Professional When your customer walks out of your leasing office, they will often remember the small...

Linda Hansen, ARM, HCCP, NALP, LEAD, NAAEI Faculty
My daughter calls me Sandra Dee of property management. Love my work, friends, family and my dog Bella. I spend time working on a customer service property management program called, "Treat'em R.I.T.E." The objective is to treat people with Respect, Interest, Thoughtfulness, and with Enthusiasm. It will increase occupancy and reduce expenses. 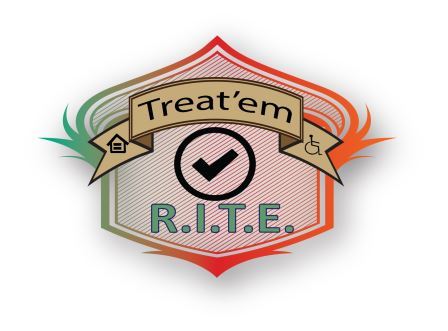 Qualified applicants have choices of where they choose to rent. If carpet is carpet, and a pool is a pool, then it is the personal experience that keeps occupancy rates up and turnover down.

Fill out a Guest card

When do they need to move?

Why are they moving?

What things in particular are they looking for in a new home?

Who will be occupying the apartment?

Praise maintenance staff and quality of Residents living there

Selling without closing of only pleasant conversation

ASK for the rental – that is your main goal!

Point out the hot buttons

Close at least 3 times (in the apartment, on walk back to office and in the office)

If unable to close – set another appointment

Give them a brochure and/or information on the community. Also a newsletter and notice of any resident activities that may be coming up

Send them a thank you card for visiting

Call the prospect. Set another appointment if they have not selected another community. If they have, find out why they chose that one.

REMEMBER TO ASK HOW THEY HEARD ABOUT THE COMMUNITY. MAKE SURE THE ADVERTISING DOLLAR IS BEING SPENT WISELY!